Everything You Need to Know About Billboard and Outdoor Advertising 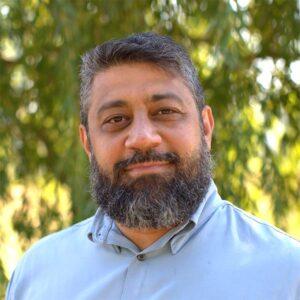 Have you ever glanced at a billboard during your commute to work (or on any car or train ride) and wondered just how effective these large, outdoor advertising displays are? If so, you’re not alone. Many business owners wonder about the advantages of outdoor advertising and whether it can provide a return on investment. Your advertising dollars are essential to your business, so you need to understand how billboard marketing affects your customers.

What are the advantages of outdoor billboard advertising?

Research shows that 71% of in-car passengers often look at the messages on roadside billboards, while 37% report looking at outdoor ads every time they pass one. This is an essential statistic from which local businesses can benefit greatly.

Outdoor billboard advertising utilizes large-scale print advertisements to market a company, brand, product, service, or campaign. It is one of the most widely used forms of advertisement. Billboards are strategically placed in high traffic areas, such as along highways, and throughout cities, so the highest volume of drivers, riders, and pedestrians can view them.

Billboard advertising effectively builds brand awareness and showcases your business (or product or campaign) to as many people as possible. Because they’re in such busy locations, billboards tend to have the most views and impressions compared to other marketing activities.

What are the types of billboards?

Whether your business is large or small, there are several different types of billboards for you to choose from if you want to promote your business in a creative way. What are the most popular billboard sizes?

The bulletin is a type of billboard that most people are familiar with. They are the second-largest billboard size and what you see when you travel along major routes. Many people think they have the most impact, however, it depends on your creative and campaign goals.

Bulletins are frequently used to urge readers to act quickly, such as a billboard advertising a fast-food restaurant at an upcoming exit on the side of the road. They may also be utilized for branding or announcing events such as sales or openings.

Bulletins are frequently freestanding and may be situated on a frame or left to rest on the ground. Depending on the contract, these are sometimes available for a year or more.

According to the Outdoor Advertising Association of America, bulletins come in three standard sizes:

30 sheets are between a bulletin and an 8-sheet billboard in size. They still have enough area to catch the attention of someone driving by, but they aren’t put up on highways. They’re common in urban areas, especially on major thoroughfares, but they can also be found on secondary roads. They provide a less intrusive way of contacting passersby that is still noticeable.

Because they’re smaller, 30 sheets are typically less expensive than bulletins, making them more appealing to smaller firms with tighter budgets. With a bulletin, you’re more likely to attract people passing through rather than individuals living in your neighborhood. A 30 sheet may also be digital.

The standard sizes for a 30 sheet are:

8 sheets are also known as junior posters. These are the billboards you see when walking about town. They’re located in high-traffic, high-visibility areas like busy corners and popular restaurants and bars. They may be stand-alone or mounted on a wall.

Pedestrians, as well as automobile drivers, are targeted by posters. They must be bold and attract attention quickly because they’re often competing with other nearby 8 sheets. Although they’re smaller than the bulletins you see on the side of the road, they may still have a significant impact.

They’re perfect for promoting upcoming events or films. They may also be used to spread timely information, such as a sale notification. Digital 8 sheets are also possible.

The standard size of an 8 sheet is:

What does billboard advertising cost?

Truthfully, there is no definitive price for a billboard ad because there are a variety of circumstances that affect the costs. Here are some cost factors to consider.

The average price for a billboard advertisement falls around $2,000 per month. However, this price can vary greatly depending on location, size, and other factors.

Location is a huge factor in determining the pricing of a billboard ad. Factors like population density, traffic flow, and competition can all affect pricing. Obviously, placing a billboard on Route 17 or Route 4 will cost a lot more than if you put it on a quiet, suburban road. For example, a billboard in Times Square, where 174 Million People enter annually, can range from $5,000 for a 1-day presence to well over $50,000.

The Garden State Parkway, a 172.4-mile roadway, is an industrial and high-traffic area stretching from Montvale, N.J., to Cape May, has considerable traffic volume. New Jersey Turnpike, Route 78, and Route 22 are also major highways that receive high traffic volumes.

You also need to consider which advertisements will most interest the people driving on these roads. Billboards placed on these busy highways can cost up to $8,000-$10,000.  For example, in the Times Square area, 53% of Residents are considered high-income, educated young professionals who are mobile and early adopters with cutting-edge retail preferences.

The number of eyes viewing the billboard advertisements is determined by traffic volume. DECs are the average number of persons who pass by or are exposed to an advertising display. Essentially, this is the daily number of impressions that your billboard receives. Are billboards subject to government regulations?

The Highway Beautification Act stipulates that states must maintain “effective control” of outdoor advertising or risk losing 10% of their Federal-aid highway cash. Each state was required to enter into a voluntary agreement with the federal government. Signage regulations for commercial and industrial areas were based on typical usage throughout that particular state when the contract was signed.

The National Alliance of Highway Beautification Agencies (NAHBA) maintains a map of the United States that enables you to select a state and link to the state’s outdoor advertising website. The site includes state outdoor advertising legislation and a NAHBA state information form, which summarizes permit fees and size/height/spacing restrictions.

Outdoor billboards and other displays give you 24/7 exposure to 99% of the adult population every week. And a large portion of that population are commuters who have incomes 44% above the national average.

Whether it’s a towering billboard over the highway or an eye-catching digital billboard, the opportunity for brand exposure is everywhere. Stand out from the crowd with our head-turning outdoor advertising services!